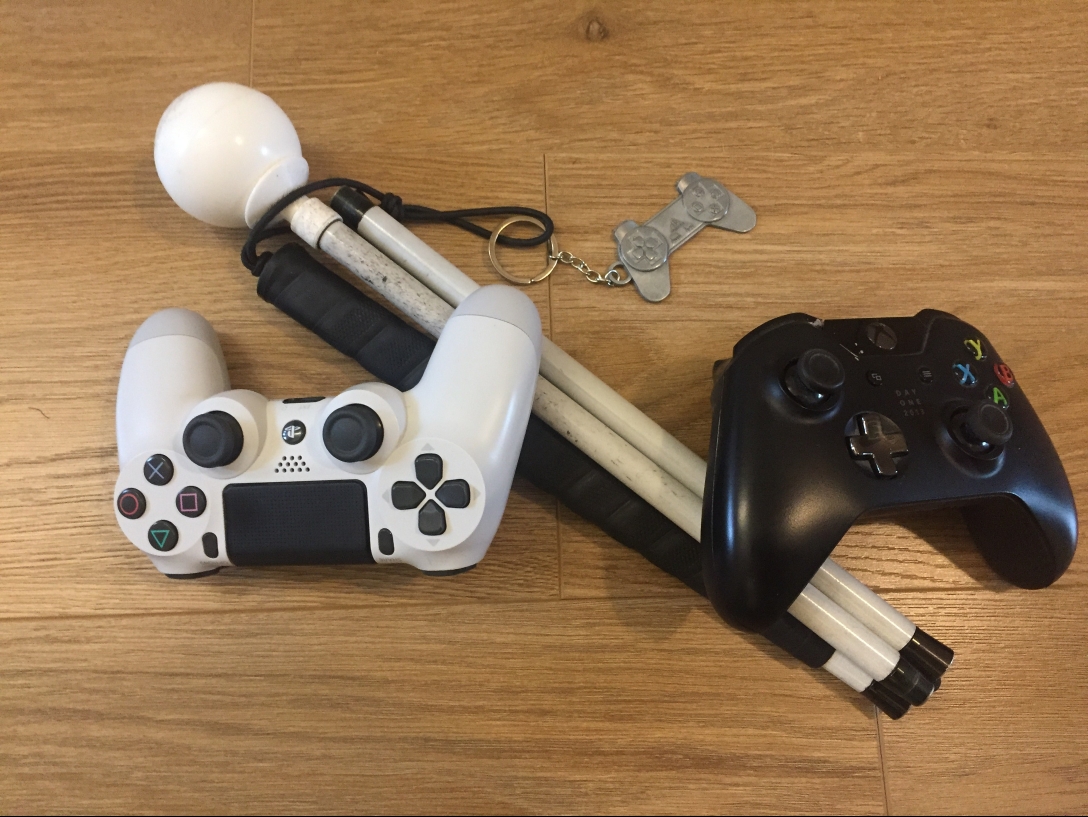 This blog started life as a typical accessibility review. But as I was writing what was supposed to be the introduction, I realised that I have a significant relationship with video games. It turns out these virtual worlds and the characters in them have been pretty important throughout my life, especially as a disabled gamer.

Don’t worry! Part two is all about game accessibility with plenty of tips and reviews.

I was about 9 years old when my ophthalmologist suggested that computer games could improve my hand eye co-ordination.

My hippy mum was not keen! We had very restricted screen time as children, usually as a last resort on a rainy afternoon we were allowed a Disney film. However, as I was coming home pretty much every other week with either a nosebleed from netball or a black eye from badminton, she thought it was worth a try.

Our very cool babysitter Tim was commissioned as a ‘teenage boy’ to bring along some computer games. Tim, probably slightly ignoring the age appropriate sticker, showed me Tomb Raider II on the PC and I was hooked.

By this point I was already a history nerd. I devoured Horrible Histories books as soon as I could get my hands on them. So a gun toting, adventuring, quasi-archaeologist, treasure hunting British lady was my idea of a superhero!

My mum didn’t really approve of “the horrid violent game”. Especially as I spent the next few weekends with my nose pressed against the screen of our Windows 95 PC playing it at every opportunity!

Luckily for me, the ophthalmologist concluded that my hand eye co-ordination and reaction times were improving. So gaming got the go ahead!

For the next few years, through various birthdays and Christmases, and on the proviso that I would share everything with my sister, my gaming repertoire expanded.

I enjoyed Mario and Pokemon Blue on the Gameboy colour. I spent hours slaving over Rollercoaster Tycoon. I built and destroyed worlds on The Sims using the old trusty PC. I squinted at a tiny tv split screen playing GoldenEye on a friend’s N64. On my beloved second-hand Playstation One, I blitzed through the Disney games mum would buy, and struggled through the disapproved of Tomb Raider games that I bought for myself!

Fortunately Tim was on hand when I got stuck. He would regularly turn up with walk-throughs and cheat sheets. I now realise he must have painstakingly searched internet forums to help me. I treasured those print outs like gold dust.

However, as the pressure of exams grew, and early social media came on the scene, my console started gathering dust.

I still occasionally enjoyed gaming with friends. There was of course the infamous Wii craze of 2007 which even had my previously suspicious mum indulging in a few turns at Mario Kart. However, too many years of university left me impoverished and unable to indulge on luxuries like a games console.

It wasn’t until I moved in with Other Half 4 years ago that I really rediscovered my love of gaming.

Other Half is a VERY keen gamer, he’s an Xbox man by trade, so we have to forgive him that. On the weekends, whilst I was pretending to write my PhD, OH would game.

OH buys a lot of the blockbuster games. However, he has a chronic inability to FINISH ANYTHING, which I find deeply infuriating. So I started having a go at the games he’d got bored of. For Christmas in 2014 OH bought me the Tomb Raider reboot and since then I’ve pretty much constantly had a game on the go.

For 9 year old Amy, gaming became like a sport. I was so totally excluded from physical activities as a child. I was never picked for any team. I loathed P.E lessons, and would constantly try to avoid them. For most of my life sport has meant humiliation and pain. But gaming was different.

I can win a video game. I can be competitive, I can race, solve the puzzle first, I can be faster, a higher level, or more accurate than a non-disabled person.

I experienced the adrenaline of beating a boss, the satisfaction of levelling up after hours of combat, the relief of reaching the cut scene.

Video games were also safe, I wouldn’t fall over, I wouldn’t miss the goal. No one was going to shout at me, or sit me on the side lines. Lara Croft wanted me on her team and together we were going to beat all the bad guys.

Gaming also gave me a culture and identity as a kid. It was one of the first things that helped me develop male friendships! I could converse for hours about Pokemon, and it didn’t matter that I wasn’t very good at running around. If someone was stuck, I could just pick up their Gameboy and do it for them.

As an adult, video games have become an essential part of managing my mental health. During the crushing depression that characterised the last two years of my PhD, gaming became a coping strategy. Suggested by my CBT therapist, I was allowed to reward myself with a couple of hours of gaming if I hit a word target or finished a key research text.

I could motivate myself through the real life grind of my studies with the promise of a distracting and instantly rewarding virtual world at 5pm. On another adventure with Lara, Geralt, Nathan Drake or the Assassins my mind was occupied, and it was a blessed relief from often dark and difficult thoughts that defined my working day.

Video games kept me sane and contrary to popular belief, they made me more productive.

Now I’ve finished my PhD and I’m working full time, there is less time and less need for gaming, but I still manage to squeeze in a few hours a week! With Other Half also being a keen gamer, we are happy to spend an evening in different rooms with our respective consoles. Gaming still performs an important function in managing my anxiety as it can be really useful in disrupting worry spirals or over thinking.

Furthermore, as the second part of this blog will reveal, I adore narrative games. So I love getting utterly absorbed in stories and characters through gaming.

Unfortunately, gaming does tire out my eyes. I confess I’m a bit reckless sometimes and over indulge, which results in eye strain and headaches. Realistically, I may only have a few years left of gaming depending on how my vision loss progresses and my lifestyle changes.

I can only hope that game accessibility continues to improve, so that this visually impaired gamer can keep button mashing! 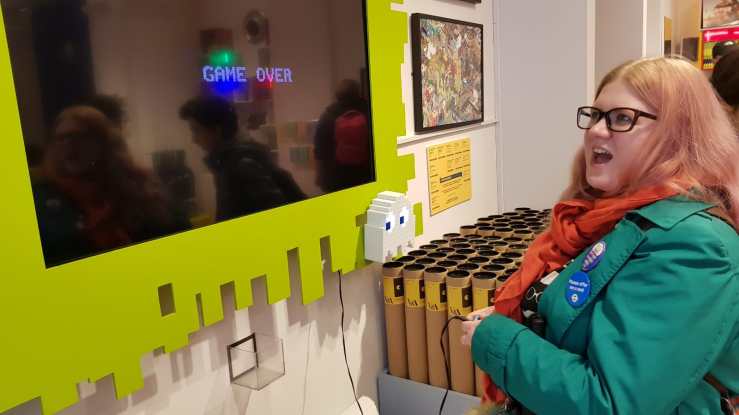 Check out my next blog on visually impaired gaming to read which games of the last couple of years are my accessibility winners and losers!